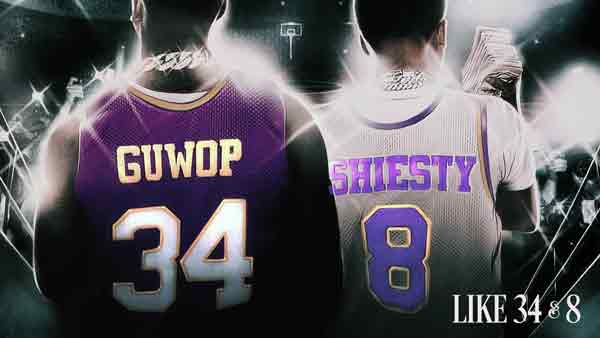 Ear drummers
Mike will
Mike will made it
We strapped up like the taliban
My hood something like afghanistan
And I just put some cheese on his head like a pakistan
Shiesty, that’s my kobe bryant
Ain’t no way I’m tradin’ the man (shiesty)
Don’t try me or my goons be at your house like they the cable man (wow)
They say I’m a sex symbol they say I’m a ladies man (huh?)
Dressed up in the latest fashion fashion show with dapper dan (it’s gucci)
It look like I robbed the bank so much bread, it make you faint
We be evеrywhere you ain’t I go evеrywhere you can’t
I send shots at where you think I got millions when I blink
I got birds like arthur blank I just bought a purple mink
Cooking cocaine in the sink seen some shit that make you drink (drink)
Doing time, it make you think got you clutchin’ on your shank
He said he gon’ rob who? That’s like tryna rob a tank
That’s some shit that get you spanked, they done had too much to drank
We just tryna get some ranks spill your blood out like it’s paint
Say you wit’ it, but you ain’t not a sinner, you a saint
I’ma make it plain and simple send bullets at your pampers and temple
You deep in that water and you don’t know what you into (no)
Gunners on the way, why you sayin’ what you ‘fend to?
We gon’ make you sprint when we pull up in them rentals (go)
Left a dent, he can’t run from what I sent ’em
Ni**as jump a clique, they don’t even want to befriend ya
Ni**as come to kill you and they didn’t come to end ya
Nowhere to retreat, now you screamin’, “I surrender” (quit)
Ni**as ain’t ridin’ for you, don’t want to revenge you
Thought you was a lion, coulda swore you was a ninja (swore you was a)
Pimpin’ out hell, can’t decide where I’ma send ya
T-shirt with your face is the way they gon’ remember
Big blrrrd, blrrrd, ayy, big blrrrd
I’ma make your favorite robber give it up
I’m just chillin’ with your b-m, she said she wish it weren’t two of us
Havin’ threesomes at the gym, bad bi**hes galore, ladies linin’ up
All the opps eat for attention right after they go and hide from us
In a couple months, went platinum, yeah, in two years, might go diamond, huh
All-black booty, draco with the wood, can’t name a bi**h fine as her
Lil’ baby ash on my diamonds, wide-body full of zaza
Ain’t gotta be brave, then a arab be thinkin’ ’bout comin’ and tryin’ us
I told wop he could drop me, he catch me outside with my chains tucked
I had bold ni**as that dissed me in they songs, got they ass flamed up
And they better not say shit after this, I’ma come through and finish ’em
Might f**k them, tryna catch them, they cross they thumb and stick four fingers up
I knew I ain’t get the headshot but the f**k you mean I graved ’em? (huh?)
Swear the lord had to be with that baby, had a lil’ boy, that day, he saved ’em
Okay, slime rock you to sleep, then I put a snake in your cradle
I come get you ‘fore you clap me, shiesty put shit in the newspaper
Blrrrd, blrrrd, big blrrrd, the newspaper, yeah
Every day a new hater, yeah, every day a new opp
I got new drops on they block, goddamn, why all my members locked?
Ayy, big30 team don’t give out passes, f-o-x, no jamie foxx
Every day, new high speed chase, ran through state troopers and the narc’
Won’t ever pull over, no way, it’s a gold box behind my glock
Blrrrd, blrrrd, blrrrd
I was talkin’ ’bout sendin’ her a jet, send back a one-way flight with spirit
Yeah, I be rappin’, but still a kid in the backseat without no jewelry
Lay in yo’ your yard, creep like a spy, move where you can’t see or can’t hear me
I said, “it ain’t no runnin’ from that fire,” know I’m comin’
Them ni**as fear me, blrrrd, blrrrd
Ayy, two dracs, and let four glizzies, one mac
In the ctf5v, four deep, push up right now, everybody gettin’ whacked
Throw the lob up to wop like kobe and shaq
Word around town, they be takin’ your sack
Ayy, f&n choppers and glocks when I move
Don’t come around with them jammin’-ass promags
Ayy, pour up a pint right, I ain’t leanin’ last
Pour champagne, but I might drink out the glass
Pour champagne, but I might drink out the glass