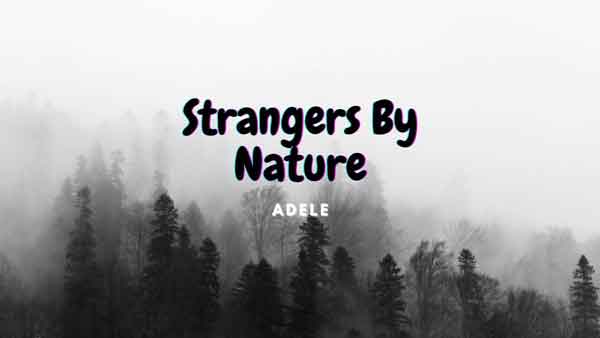 The brand new geet has sung by Adele. The lyrics of the new song Strangers By Nature has penned down by Adele & Ludwig Göransson. Ludwig Göransson composed music for the new track. Check out the best new songs by Adele in the English genre.

[Verse 1]
I’ll be taking flowers to the cemetery of my heart
For all of my lovers in the present and in the dark
Every anniversary, I’ll pay respects and say I’m sorry
For they never stood a chance as if they could
When no one knows what it’s like to be us

Must Read:  Ki Kore Bhule Thakbo Toke From Tumi Ashbe Bole (How can I forget you) Lyrics in English ¦¦ Jubin Nautiyal

[Bridge]
Will I ever get there?
Oh, I hope that someday I’ll learn
To nurture what I’ve done