About:  Bollywood’s action superstar Vidyut Jammwal’s new film (Sanak) has released on Disney+ Hotstar on 15th October. The finest actors of Bollywood know that Vidyut Jammwal’s movies are full of entertainment and action and Sunak movie also joins the list. Let’s see how this movie is. The film Sanak received a high rating. IMDb gives it a 7 out of 10. 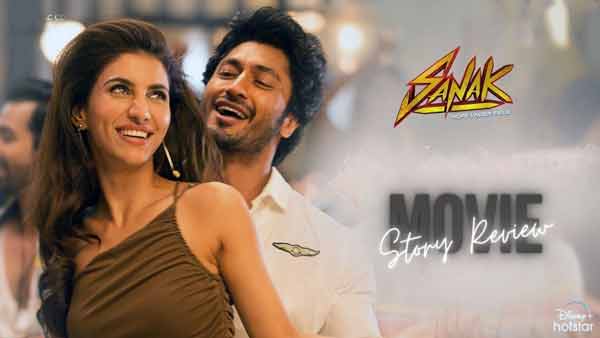 Story: Sanak is an action drama film. The story of the film starts with a hospital. On which there has been a major terrorist attack. This attack on the hospital changed everything. Vidyut will be seen in the role of Jamwal (Vivaan) in the film. Hospitalized Vidyut Jamwal is trying to get his wife out of the terrorist attack. Who works in the same hospital. During the attack, Vidyut tries to handle the situation with a very cool mind. But when the water goes over the head, the electricity loses its temper. And from here begins the vigorous action of the action hero.

Review: But what is shown in the story, we can see in many films earlier also. Create a ruckus in the hospital like someone, then become a hero and save everyone. It doesn’t look like we are watching a new movie.

Vidyut Jammwal will not disappoint you when it comes to acting in Sunak Movie. Vidyut Jammwal has a tremendous synergy of acting with action. He has handled the film very well. Excellent acting. Talking about actress Rukmini Maitra, who has worked with Vidyut Jammwal, she has also done a very good job. But the front power looks a bit fuzzy.

Sunak will also star Neha Dhupia who will be seen in the role of a policeman. Neha has played the role of a cop officer very well. He too has left nothing to disappoint with his performance. Attempts have been made to make the villain Chandan Roy Sanyol look dangerous but he does not fit the role.

A hostess drama film could have been made more entertaining. That too when there is action, romance and emotion in the story. Director Kanishk Verma’s direction is good. Action director Andy Long Nguyen has done a good job. The film has some action sequences shot on Vidyut Jammwal which grabs attention.